Queen LaVondia B. Smith: Artistic/Executive Director of Nathifa Dance Company & Outreach Inc. A professional dancer and choreographer in West African dance and Modern dance. She began her extensive theatrical and dance training at a young age. She was taught West African dance and modern dance with renowned instructors; Al Perryman, Charles Moore and Alvin Ailey American Dance Company while living in Brooklyn New York. In 1986, she relocated to Birmingham, AL, where she began to increase her knowledge of African & Caribbean Dance studies under the directorship of King Sundiata Keite of the Omowale Afrikan Dancers and Cultural Society, based in Detroit, MI. She continues her training and mentoring with Omelika Kuumba the Artistic Director of Giwayen Mata Atlanta GA. LaVondia received the Fellow Ship grant from the Alabama State Council on the Arts to attend the Kankouran West African Dance conference in Washington, D.C. She has studied dance under many master dancers and drummers such as Yousouff Koumbassa. She was granted the Individual Grant through the Cultural Arts Alliance of the Medici Society sponsored by Mr. & Mrs. Richard Ireland Pigford. September 2007. LaVondia is recognized as one of the top teachers of African dance and drumming in the State of Alabama. She is the recipient of numerous award and accolades, among those are the Fusion award, given to individuals that have made valuable contributions to the city in their chosen field of endeavor and a proclamation from The City of Birmingham City Council and special recognition from Jefferson County Commission. 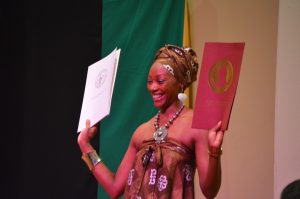 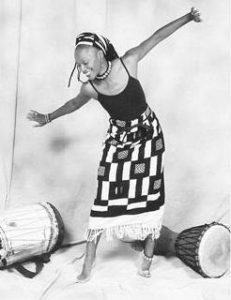