Nathifa Dance Company (NDC) was established  to connect the African American culture to the different cultures and communities in Birmingham, AL.  Focusing on African American dance, African dance, and drumming, we believes that through dance a closer spiritual relationship with people from all walks of life can be established while also helping build a positive self-image, esteem, confidence, and pride for those who get to experience our programs.   We offers classes and workshops to children, adults, teachers -during and after school, and to individuals who just want to learn!  Check out our different class options and our Upcoming performance events to see if and when we will be near you!

Nathifa Dance Company and Outreach (NDC) was established in 1992, to provide a venue for African Dance and Drumming. NDC conducts classes, workshops, and performances while participating in other multicultural activities in Birmingham and throughout the state of Alabama.  The mission of NDC is to connect African Americans to their heritage through music, dance and storytelling. This organization began its 501c3 as a nonprofit organization in April of 2006, to help reach low-to medium income families by offering outreach programs in schools, after schools, and for individuals at an affordable rate. Nathifa Dance Company has been recognized and received numerous awards and accolades for their service, dedication and commitment to the Arts.  They have employed and performed with many well known artists at various events, locally and throughout the state, continuing to have a major impact on communities, schools, churches, and people participating in these events.

This class educates students of all ages on West African dances from Guinea, Mali, and Senegal.  Students are taught songs, costuming, and history on how African dances relate to social, hip hop, and praise dances.

These workshops, classes, or private sessions help dancers strengthen and develop their technique for spiritual worship or personal use. It’s ideal for those who lead dance ministries or other dance programs.  Fees are set up to help accommodate each individual at an affordable price.

Students are taught the techniques and rhythms that complement West African dances.  Coupled with African Dance, this style of drumming has a communication relationship that explains the story fo dance.  West African drumming also has  a unique way of helping teach students to feel rhythm and develop a sense for it.  It is also good  for honing discipline and focusing skills.

Through dance & movement children are taught body awareness, translation of sounds, directions and rhythm.  It also helps develop preschool coordination and increase motor skills.  This class is ideal for ages 2 through 5.

This program is designed to help teachers integrate the art of dance into their curriculum.  Workshops are provided for teachers and students, from 3rd grade to 5th grade.  Regardless of the student’s dance skill, research has shown that this dance form is effective in promoting a higher quality of life.  Therefore, students will benefit in two ways:  they will have received an integrated exposure to the arts through African dance, and they will also build more confidence and self esteem for life.

Check out these video snapshots of our Spring 2019 Workshops: 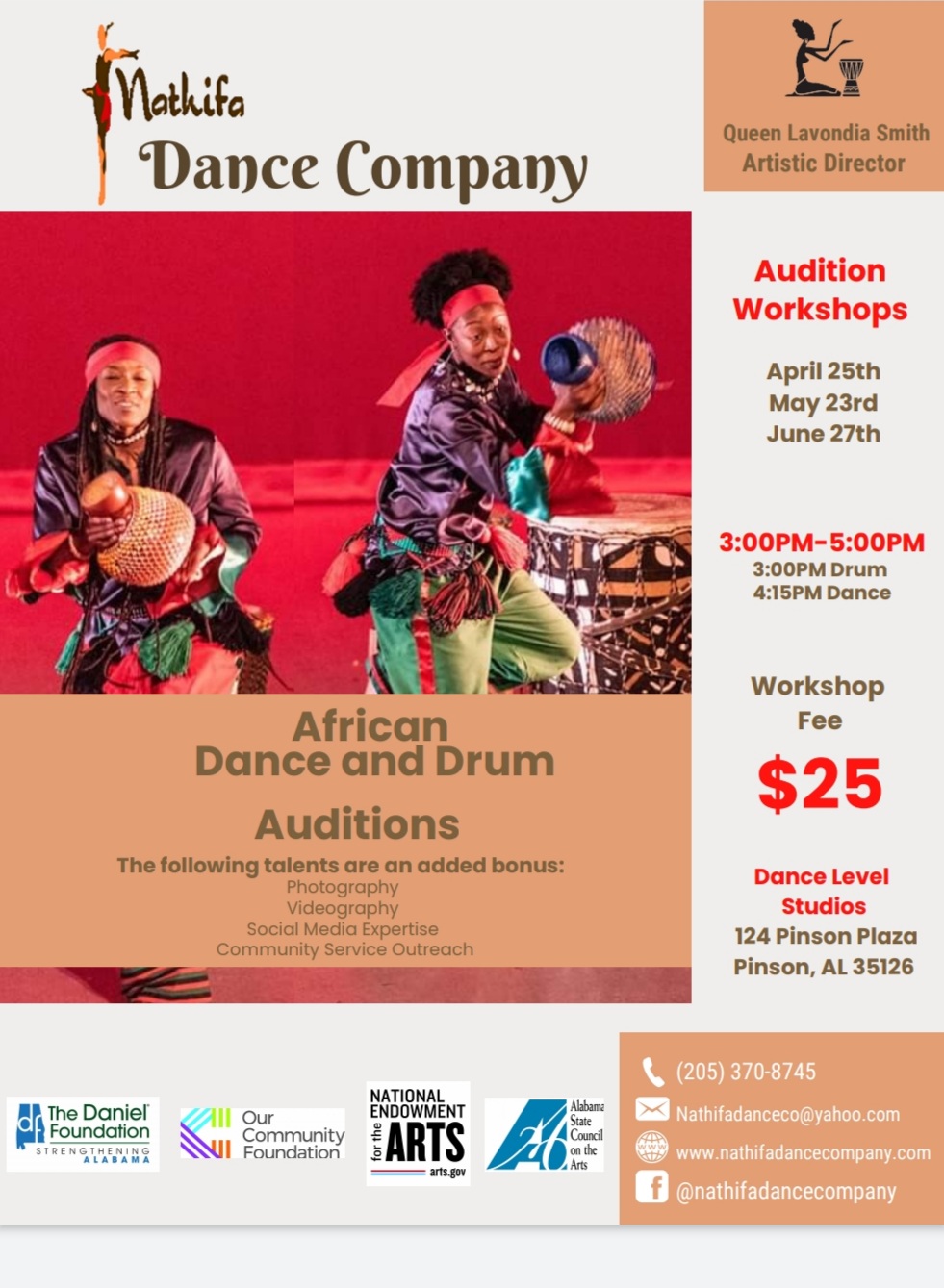 LaVondia B. Smith  is gifted with talented professionals and volunteers who are well equipped to bring projects to fruition. As the Artistic Director and Founder, she possesses a background in professional dance and choreography, along with experience as a  long-term administrator.  She began her extensive theatrical and dance training at a young age. She was taught West African and Modern dance with renowned instructors like Al Perryman and Charles Moore. She also learned from Alvin Ailey American Dance Company, Fa’Neye Fa’, Uhuru Dancers, Inc., Giwayen Mata, and Caribbean Dance Studies under King Sundiata Keite of the Omowale Afrikan Dancers and Cultural Society, based in Detroit, MI and Atlanta, GA.  She also received the FellowShip grant from the State Council on the Arts to attend the Kankouran West African Dance conference in Washington, D.C, under Yousouff Koumbassa.  In September 2007, she  was granted The Individual Grant through the Cultural Arts Alliance of the Medici Society, by Mr. & Mrs. Richard Ireland Pigford.  Today, for over 23 years, she has been serving the Birmingham community as the  Executive Director and Artistic Director of Nathifa Dance Company and Outreach. 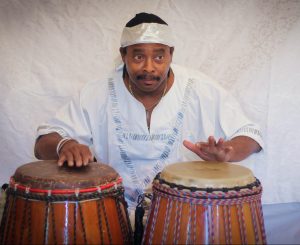 Dennis Harris:-local percussionist in Congo and Dejembe drumming for over 30 years.  Dennis Harris, better known as Ajamu,  started drumming at a young age. His journey as a drummer began with lessons from top instructors like Master Drummer, Harold “Atu” Murray, a local and nationally known artist who lived and studied drumming in Ghan.  Dennis was a member of the Birmingham African Dance Coalition, The Sundiata Keita, the Artistic Director of the Omawale African Cultural Society of Detroit, the Talladega College Dance Company, the Umdabu South African Dance Company,  the ScupltureEssence with Donna Edward Todd, and he is also one of the lead drummers for NDC. 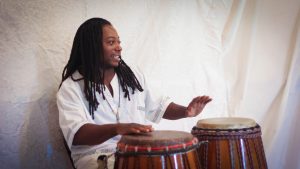 Nkosi Lateef Johnson- For Nkosi’s 1st  birthday celebration he received his first djembe drum, and then a true drummer was born!  He began to learn the drum as the heartbeat of his body. His first television performance was also at at the age of 1  (15 months, to be exact!) on the “Dean and Company” show.  His African training started under the instructorship of his father, one of Birmingham’s professional drummers, Edmond Barry Johnson.  By the age of six he began to expand his training under other professional drummers such as  Roz Loci Keite, Master Drummer of King Sundiata Keite, of the Omowale Afrikan Dancers and Cultural Society,  and Solomon Sholanke of the Osumare African Drum and Dance Ensemble. He also studied Orff and drum sets with Dr. Joe Jenkins at the Kids Music Center here in Birmingham, AL.  He not only drums with Nathifa Dance Company, but  also tours with the Alabama Dance Council on The Arts.

HueLanda Woods: (Hue) is a God fearing wife and mother that loves to dance, workout and spend time with her family.  Her training began in ballet, tap and jazz dance at the age of four. She also trained in California, and was m

anaged by the talent agency, MSA.  She received her Bachelors of Science from the University of Alabama at Birmingham (UAB) and performed as a cheerleader during that time. She also served as a cheer and dance coach at ACE of Birmingham.  Hue is currently managing the Hip Hop Dance Ministry at Guiding Light Church,  and is the Owner, Choreographer, and Trainer for Fitness with Hue, her own Personal fitness profession. Hue has over 20 years of dance and cheer choreography experience and has decided to spread her wings and join the Nathifa Dance Company. 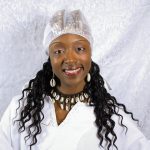 Ashlee Binford-  received a Bachelor’s of Science degree in Marketing and Management from the University of Alabama at Birmingham (UAB) and is currently working as a Claims Specialist at the Social Security Administration.  She is invested on serving the community through charity and outreach, and desires to build community connectivity through the arts. Ashlee previously performed with the UAB Gospel Choir for several years as a singer, choreographer, musician and producer of many concerts, recordings, productions and tours around the country. Ashlee currently ministers musically as a member of the Guiding Light Church Orchestra , and as a member of Workmanship Incorporated, a dance troupe dedicated to encouraging others spiritually through creative and interactive workshops.  She currently serves as  a member of NDC, and  as the Assistant Artistic Director as well.

Claudia Lewis is a native of Birmingham, Alabama.  She is a licensed-local

pastor within the North Alabama Conference (NAC) of the United Methodist Church, and currently serves as Minister of Music and Worship Leader at two of the NAC’s mission churches: Church of the Reconciler, and Community Church without Walls.  She also serves as a member of the clergy team, pianist, and Director of Children and Youth Ministries at the NAC’s third mission church: The House of Restoration UMC Mission.  Lewis holds a baccalaureate degree (BM) in Music Therapy from the University of Alabama (UA), held by a full-scholarship in Flute Performance. She is also a graduate of the Alabama School of Fine Arts, of which she studied Music Theory and Flute Performance for six years. In addition to her service within the local church, Lewis serves the community professionally as a board-certified Music Therapist, utilizing music’s unique effects on the brain to address clients’ physical, cognitive, psychosocial, and communicative needs.  Lewis specializes in mental health and psychiatric therapy; and works with children, adults, and seniors battling mental health issues in psychiatric institutions across the state of Alabama. 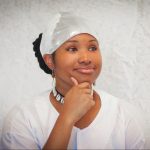 Alfrenna Whitter- Has a strong passion for the art of dance,  and conducts strong leadership with the Guiding Light Dance Ministry team. She is presently studying African dance under LaVondia Bryant Smith,  Artist Director of Nathifa Dance Company,  and she serves as a teacher and performer with NDC.  Alfreena also tours the Rural Tour Program through the Alabama Dance Council on The Arts.